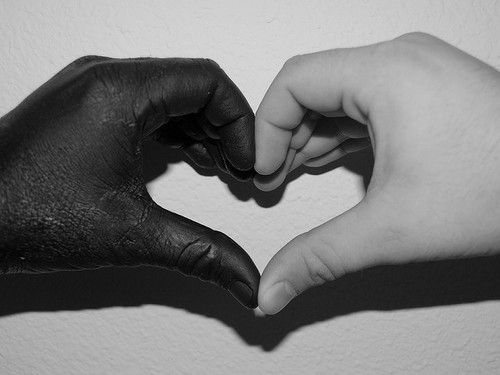 The holiday season is upon us and as usual, I’m left wondering where the last year went.  It was only yesterday that I rang in 2015, and now, as I prepare to usher in 2016, I find myself reflecting on the last 365 days.

While it has been a relatively quiet year for me personally, the world was not so fortunate.  As someone who follows the news for a living, it was not long into 2015 before tragedy struck.

In January, masked gunmen entered the office of France’s widely-revered satirical magazine Charlie Hebdo, armed with AK-47s.  The attackers took 12 lives, including the editor and two police officers, injuring more.  In March, the remote Pacific island chain of Vanuatu was devastated by one of the most powerful cyclones in recorded history.  More than 70,000 people were left in need of emergency shelter and 96 per cent of their food crops were destroyed.

Come April, Al-Shabab militants attacked Garissa University College in northeast Kenya.  In the daylong siege, non-Muslims were taken hostage, leaving more than 140 dead.  In June, 23-year-old Seifeddine Rezgui, opened fire at the Port El Kantaoui resort in Tunisia, killing 38 tourists.  This was the second attack on tourists in Tunisia in three months, with the Islamic State of Iraq and al-Sham (ISIS) claiming responsibility for both.

The summer was not without its share of sadness.  We saw ISIS militants destroy several irreplaceable antiquities, including the Temple of Baalshamin, one of the most majestic and well-preserved structures in Palmyra.  We also watched as the immigration crisis intensified.  The United Nations High Commission for Refugees projected that 3,000 people were attempting to cross the Balkans to reach Western Europe each day, with a projected 800,000 migrants seeking asylum in Germany by year’s end.

As the summer came to a close, we witnessed the tragic death of Alison Parker and Adam Ward, two young journalists with the CBS affiliate WDBJ in Roanoke, Virginia.  Parker and Ward were fatally shot on live television while interviewing a member of a local chamber of commerce.  The gunman was later identified as Vester Lee Flanagan, a former reporter for WDBJ.

On a Friday evening in November, a series of coordinated attacks occurred in Paris and its northern suburb, Saint-Denis.  Beginning just after 11:00 p.m. local time, three suicide bombers struck near the Stade de France, followed by suicide bombings and mass shootings at cafes, restaurants and the Bataclan Theatre.  The attackers took the lives of 130 people, injuring over 300 more. Again, ISIS claimed responsibility for the attacks, the deadliest on French soil since World War II.

Even the last month of 2015 has not been without violence.  On December 2, a married couple targeted a Department of Health training event and holiday party at the Inland Regional Center in San Bernardino, California.  In the end, 14 people were killed and another 22 were injured.

If I were asked to describe the world based on the above, words like chaos, destruction, violence, intolerance, death and sadness come to mind.  When events like these occur, is it any wonder why so many become cynical and jaded?  Why so many close their doors or avert their eyes to those in need?  It can certainly be difficult to see the good in this world when so often, all we see is the bad.

In times like these, I turn to the wisdom of Dr. Martin Luther King Jr.  During his acceptance speech for the Nobel Peace Prize in December, 1964, King said:

“I refuse to accept the idea that man is mere flotsom and jetsom in the river of life, unable to influence the unfolding events which surround him. I refuse to accept the view that mankind is so tragically bound to the starless midnight of racism and war that the bright daybreak of peace and brotherhood can never become a reality.

I refuse to accept the cynical notion that nation after nation must spiral down a militaristic stairway into the hell of thermonuclear destruction. I believe that unarmed truth and unconditional love will have the final word in reality.

While some would argue that King’s words are dated or naively optimistic, I disagree.  Often, amidst tragedy, we do come together and stand against the “starless midnight”.  In an effort to show that love can have the final word, I offer you four heartwarming stories from 2015:

Safyre’s Christmas Wish
In 2013, a house fire took the lives of Safyre’s father and three siblings.  This beautiful eight-year-old was the only survivor of the blaze because her father, David Terry, cradled her in his arms to protect her.  Safyre suffered burns to 75 per cent of her body, losing both a hand and foot.  Her Christmas wish this year was to receive enough cards to fill her little tree.

The world was moved by Safyre’s story, her resiliency and her simple Christmas wish.  To date, this young girl has received hundreds of cards from all over the world, along with teddy bears, stuffed kittens, jewelry, books and more.

Canada Welcomes Syrian Refugees
On December 10, 2015, the newly-elected Canadian Prime Minister, Justin Trudeau, welcomed the first planeload of Syrian refugees to Canada.  After landing in Toronto, the new arrivals, fleeing chaos and civil war, were given warm coats, social insurance numbers, heath cards and a warm bed to sleep in.

“This is a wonderful night where we get to show not just a planeload of new Canadians what Canada’s all about, but we get to show the world how to open our hearts and welcome in people who are fleeing extraordinarily difficult situations.”

Wedding Becomes Feast For The Homeless
A California family found a way to turn heartache into something beautiful by transforming their daughter’s cancelled wedding reception into a feast for the homeless in their community.  Just days before her wedding, 27-year-old Quinn Duane called her mother to deliver distressing news: the groom was having second thoughts about the nuptials and the couple had called off the wedding.

The bride’s mother, determined to make good out of a bad situation, decided to follow through with the event, scrapping the original guest list and instead inviting residents from a local homeless shelter.  About 90 homeless men, women and children arrived at Sacramento’s Citizen Hotel to enjoy a lavish feast.

Christmas Comes Early To St. George
On an autumn day in late October, Santa Claus visited the small town of St. George, Ontario, nearly two months early.  At the heart of this visit was Evan Leversage, a seven-year-old boy who had been battling brain cancer since the age of two.  Evan’s family had recently learned that his tumor had spread, with physicians suggesting the family celebrate Christmas early this year.

Hearing this tragic news, shopkeepers and residents began stringing lights, wrapping presents and covering Evan’s lawn with fake snow.  Evan received presents and well wishes from people all over the world that had heard of his plight and on October 24, the town put on a Christmas parade with over 7,000 people in attendance – over double the town’s population.

Unfortunately, in early December, Evan passed away; however, his memory will live on in the hearts of those he touched.

These stories are just a sampling of countless others that show love can prevail and that goodness is possible, even in tragic times.  They highlight that humans are not only resilient, but also infinitely connected.

We, as a human race, are so very similar.  We all cry when sad, we all bleed when cut and we all laugh when happy.  Whether you hail from Nairobi, Amsterdam, Bangkok, London or Toronto, your genetic makeup is strikingly similar to that of every other person on this earth.  Despite our physical, cultural and religious differences, biologically we are 99.9 per cent identical.  We are truly cut from the same cloth.

A new year offers a clean slate – a chance to develop new habits.  While many of us may begin an exercise regime, attempt to quit smoking or organize our homes, let me offer an alternative.  If you adopt one new habit this year, let it be this – whatever situation you encounter over the next 365 days, do your very best to leave it better than you found it.

Wishing you a bright and hopeful 2016.